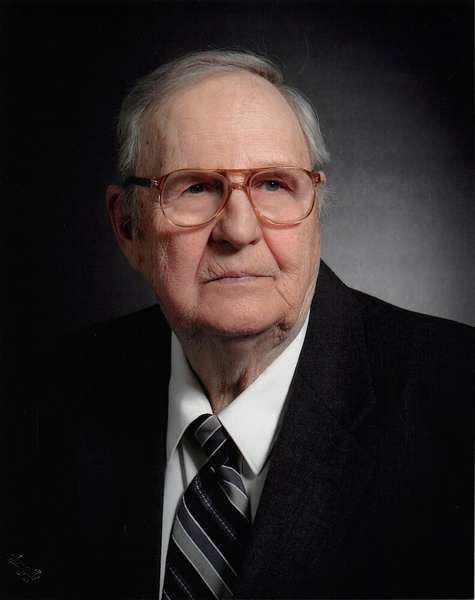 Cletus Alfred Sterner, was born on October 26, 1936, in Winsted Township, Minnesota, one of 14 children born to Edward and Anna (Fiecke) Sterner.  He attended District #13 country school and Holy Trinity Catholic Church in Winsted.  Cletus helped out on the family farm and then moved to Minneapolis where he worked for Minnesota Rubber for 40 years before he retired.  Cletus and his brother Clement farmed at Isle, Mn. for several years.  They then moved to Litchfield about 25 years ago. Cletus also worked for a few years, again at Minnesota Rubber.

Cletus was a good bowler and liked to play pool, play cards with his friends at Ecumen and playing (winning) Bingo at Lakeside.  He also liked to walk.  He was known to walk around Lake Ripley, sometimes twice a day.  He enjoyed watching the Vikings and the Twins and was a member of Knight of Columbus.  Cletus volunteered his time with the men’s club and at Bethany and Emmanuel Nursing Homes.  Cletus was a faithful man, who prayed the rosary daily and attended mass regularly.  He will be dearly missed by those who knew and loved him.

Cletus A. Sterner died on Monday, 15, 2022 at the Lakeside Health Care Center in Dassel, Minnesota at the age of 85 years old.

He is survived by his brothers, Florian, Edward and Eugene; sisters, Rita Laxen, and Annette Grzeskowiak; and many nieces, nephews, and cousins.

He was preceded in death by his parents, sisters, Regina, Agatha, Lucille, Marian, Mary, and Margaret; brothers, Andrew and twin brother Clement.

A visitation will take place one hour prior to the mass at the church on Tuesday with a Rosary beginning at 10 AM.

Interment will be in the Calvary Cemetery in Litchfield.

To order memorial trees or send flowers to the family in memory of Cletus Alfred Sterner, please visit our flower store.