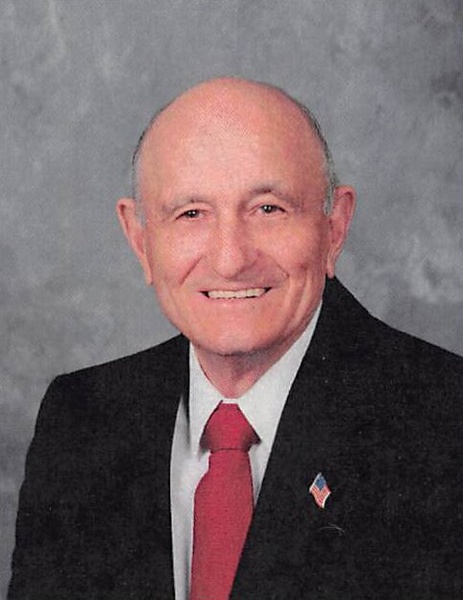 William DeWayne Albright, age 93, of Litchfield, died peacefully on August 16, 2022 at the Lakeside Health Care Center in Dassel, MN. A funeral service will be held at 11:00 AM on Monday August 22, 2022 at First Lutheran Church in Litchfield, MN. A visitation will be held from 2:00 - 5:00 pm on Sunday August 21, 2022 at Johnson-Hagglund Funeral and Cremation Service in Litchfield and one hour prior to the service at the church. Interment will be at Ripley Cemetery in Litchfield. The service will be livestreamed at www.johnsonhagglund.com.

William DeWayne Albright, the son of DeWitt and Mae (Isaacson) Albright was born on August 16, 1929 in Litchfield Township, Minnesota. He was baptized and confirmed at the Litchfield United Methodist Church. DeWayne attended school District 7 through 8th grade and graduated from Litchfield High School in 1946.  He formed a partnership with his father and began farming. DeWayne enlisted in the US Naval Air Reserve in 1950 and was discharged in 1958. He was united in marriage to Iona Nelson on April 6, 1956 at First Lutheran Church in Grove City, MN. To this union four children were born, Nancy, Bonnie, Angela, and Ryan. Together they lived on the farm that has been in the Albright family name since 1918 to raise their family.

DeWayne was an active member of First Lutheran Church in Litchfield.  He served on the church council, endowment committee, and was a member of the men’s bible study and the First  Stringers.

To order memorial trees or send flowers to the family in memory of DeWayne Albright, please visit our flower store.