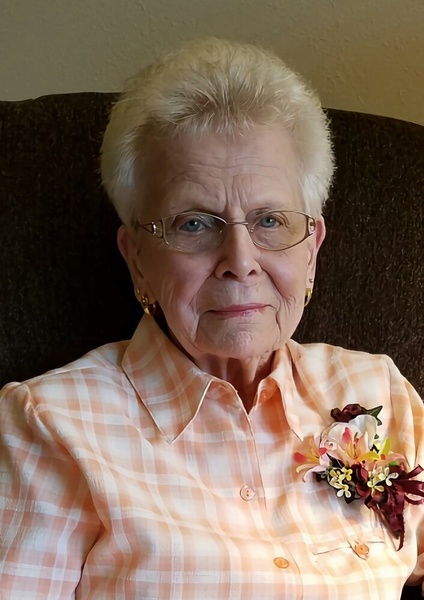 Edna was born Oct. 17, 1926, in Fillmore County to Edward and Ella Barnewitz. She was married to John (Jack) Young on Sept. 21, 1946, at Witoka Methodist Church. Edna worked at Target in Knollwood and as an electrical technician at Electro Craft in Hopkins before retiring in 1986.

Jack and Edna moved to Clear Lake in Watkins until 1997, then moved to Kimball, until April 2016 when they moved to Hilltop Care Center in Watkins.

To order memorial trees or send flowers to the family in memory of Edna Ilene Young, please visit our flower store.