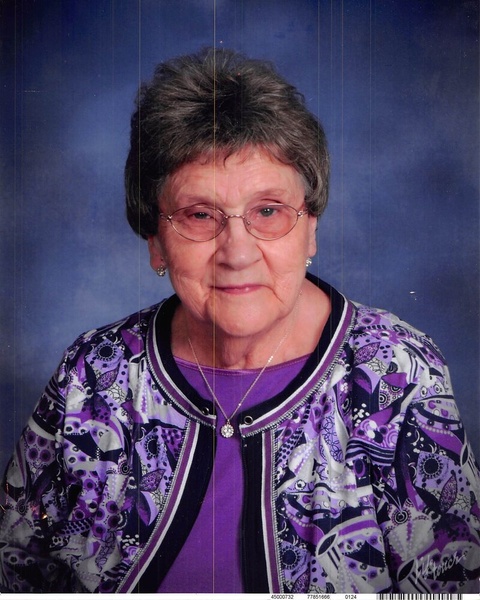 Funeral services will be held at 11:00 a.m., Friday, September 2nd, 2022 at Trinity Lutheran Church, 54384 U.S. Highway 12, Grove City, MN with Pastor Megan Preston officiating. The family will begin greeting guests an hour before service starts. Interment will be at a later date in Iowa.

Pauline was born Aug 1, 1924, the daughter of Bert and Marie Smith. She was baptized and confirmed in Mallard, Iowa. She graduated from Havelock, Iowa in 1941.

Pauline moved to Pocahontas, Iowa after the death of her husband. She was active in her church and was a part of the Garden Club and Women's Auxiliary in Pocahontas. She also loved playing cards and bingo. Her favorite times was when she was with her family and friends.

She was preceded in death by her parents, Bert and Marie; her husband, Henry Truelson; her son Jerry; grandson, Darren; great-granddaughter Jill; and brothers Harold, Ralph, Roland, and Art.

“Forever in our hearts and Blessed be her memory"

To order memorial trees or send flowers to the family in memory of Pauline Florence Truelson, please visit our flower store.