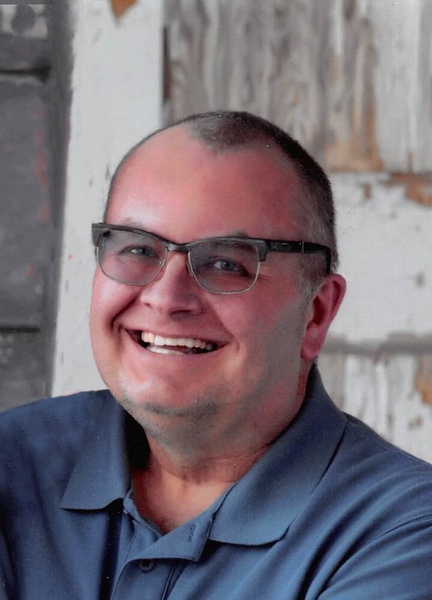 Richard “Rick” Paul Fischer, age 54 of Litchfield, MN passed away peacefully on September 9th, 2022.  A memorial service will be held at 2:00 PM on Friday, September 16, 2022 at Zion Lutheran Church in Litchfield.  A visitation will be held from 4-7 PM on Thursday, September 15 at Johnson-Hagglund Funeral and Cremation Service and will continue one hour prior to the service at church.

Richard “Rick” Paul Fischer was born on May 24, 1968 in Olivia , MN.  Rick was the son of Ruth Fischer of Buffalo, MN and the late Stanley Fischer of Danube, MN.

Rick was a man that was loved by many, and gave so much to others.  He was a firm believer in working hard and making others happy.

Rick grew up in his home church in Danube.  Rick was a faithful member of First Lutheran church as well as most recently, Zion Lutheran  in Litchfield.

Rick graduated from Danube High School in 1986.  He later went on to Alexandria Technical School, and graduated with a drafting degree.  Rick worked several years at ADC Telecommunications in the metro until he met Jean in 1990.  In 1992, Rick and Jean moved to Mankato to attend Mankato State University. Here is where Rick got his manufacturing engineer degree.   Rick and Jean were married on June 13, 1992.   In 1997 Rick and Jean moved to Hutchinson, and then made their life long home in Litchfield in 1999.   Rick worked at HTI in Hutchinson, Custom Products, MN Rubber, and IRD in Litchfield through the years.  All of these jobs gave him experience and also the ability to make connections with people.  Rick’s final job was as  an engineer at Vital Path in Cokato.  This was a job that he was proud of and one that he enjoyed.

Rick’s greatest loves were his wife Jean, and daughters Molly and Courtney.  We of course can’t forget his beloved furry friend, Raven.  As a family time together was well spent with attending various theater shows in the area, as well as watching movies and just being in each other’s presence.  Rick had an abundant sense of humor and ability to remember movie quotes that always sparked conversation.

Rick had a love of woodworking,  and theater.  Rick built many cabinets, shelves, dressers, and holding crosses.  He loved to be able to share his gift of woodworking with others.  For the past 10 years, Rick design and built over 40 sets for the Litchfield Community Theatre.   His other greatest joys were watching movies, riding his Harley Davidson motorcycle, playing jokes on the girls, and caring for his lawn.

Rick loved life itself.  In March he was diagnosed with Stage IV lung cancer.  Rick went through many rounds of different treatments fighting bravely to live the life he loved so much.  On August 19 Rick moved to hospice  at Quiet Oaks in St. Augusta.  He blessed so many during his three week stay.  Though Rick would have given anything to be cancer free, he wanted to die quickly and without pain.  This wish was granted on the morning of September 9 even if the timing was one that took everyone by surprise.

Rick is survived by his beloved wife Jean, and daughters Molly and Courtney in addition to many friends and family.  Rick is also survived by his mother Ruth of Buffalo, his brother Dave (Kari) of Danube, Sue (John) Boros of Maple Lake, and Nancy (Martin) Matheny of St. Croix Falls, Wisconsin. Rick is also survived two aunts, cousins, nieces and nephews and many friends.   Rick was preceded in death by his father.

In Liu of flowers memorials are preferred.

To order memorial trees or send flowers to the family in memory of Richard Paul Fischer, please visit our flower store.