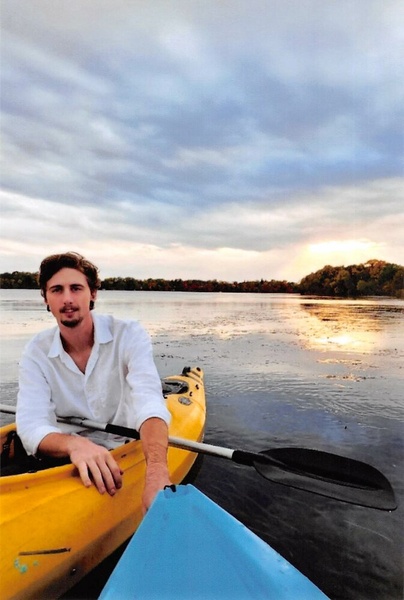 Vincent "Vinny" Molina Beaudet passed away unexpectedly on August 12, 2022, at the age of 27, after a car accident.  Born to Sheila (Magoon) Molina and Darby Beaudet on May 25th, 1995, Vincent was always so mild mannered and happy as a baby and continued to be the most kind and caring soul through life.  When he was 5 years old, he immediately became obsessed with Nintendo, Zelda and Pokémon, which grew into a love for gaming and anime.  Some of Vincent's favorite activities were music, drumming, skateboarding, nature, gaming, cooking, crystals and herbs, being with family and friends, and most importantly his son, Kai.

When Vincent was 3 years old his mother Sheila met and moved in with Michael Molina who also had a daughter Arya. This relationship then turned into a marriage and Vincent was adopted by Michael at age 7.  Vincent and Arya were immediately close siblings and grew a friendship stronger than just brother and sister.  In 2009, their brother Gavin was born and developed some of the same hobbies and interests as Vincent making their bond so strong and an idol, he could look up too.

Vincent spent a couple years of his life traveling and found a deep love and respect for nature while living in Jackson Hole Wyoming.  He traveled through Montana, spent some-time in Idaho getting to know his aunt, and Wisconsin as well.

In 2019, Vincent married Naomi Beaudet (Hendrickson), they had a son Kai Anthony Beaudet who was born May 12th, 2020.  He became the light in Vincent's eye and all he lived for.

He loved big and with his whole heart.

Our family was not expecting the loss of Vincent or for his life to be cut so short so soon. We are devastated by this loss and will feel the absence of Vincent forever. He was the sweetest, big hearted, kind, and most welcoming soul and a joy to be around. He will be forever missed.

To order memorial trees or send flowers to the family in memory of Vincent Beaudet, please visit our flower store.